How much do UX designers make? 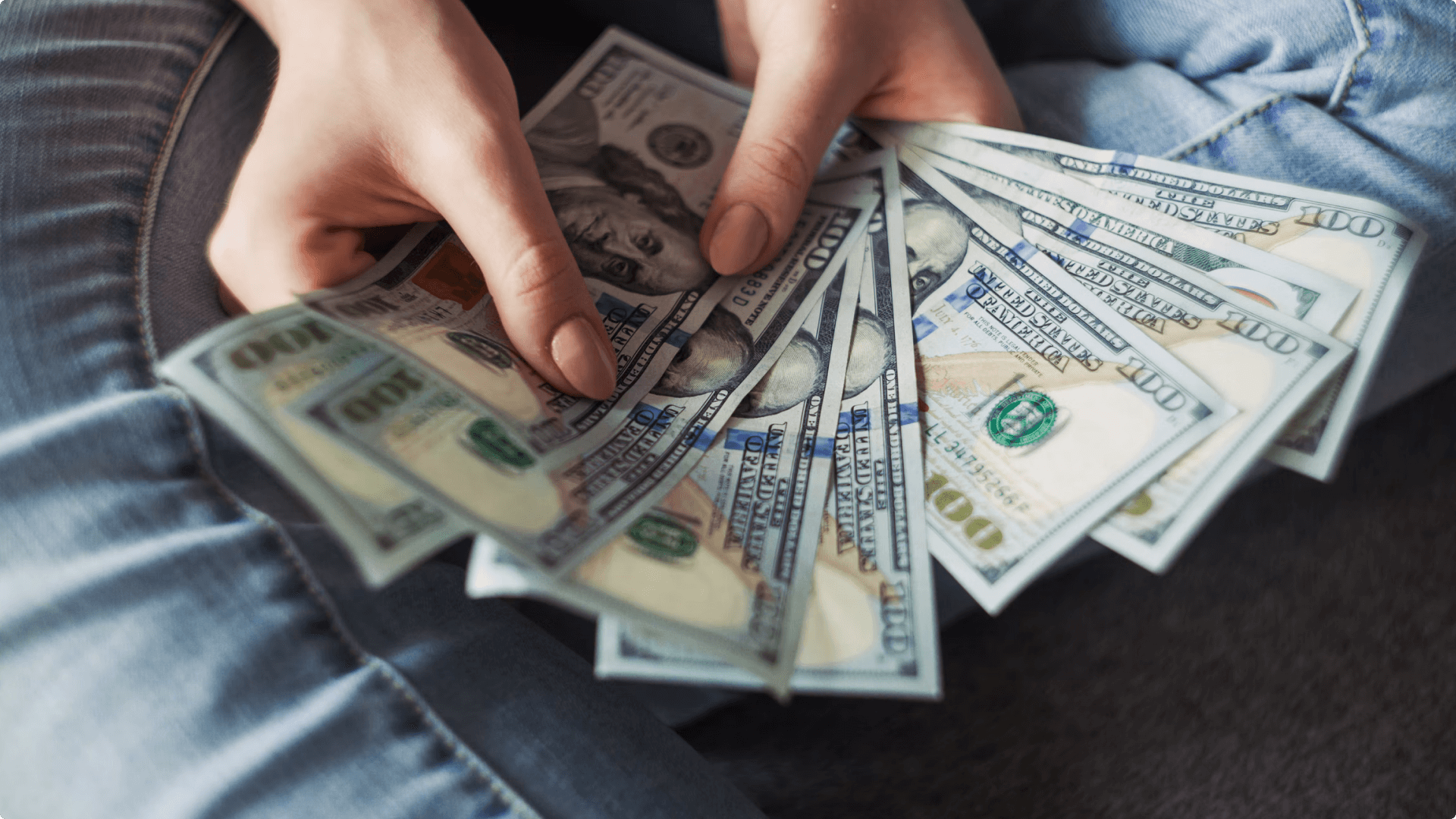 The actual salary of a UX/UI designer is always a topic of discussion. As the UX design industry continues to grow, with more and more businesses looking for a skilled UX designer, it’s no wonder that UX design salaries are in the spotlight.

To understand how much UX designers get paid, we need to understand the factors affecting their role. Skills, experience, and even the geo-location of the employer affect salary.

To examine the real salary of a UX designer, we will explore:

If you’re interested in entering the UX/UI design field, check out our guide to becoming a UX Designer—no experience or degree required.

Why do UX designers get paid so much?

Supply and demand in the market

UX designers have never been in greater demand.

As the world digitizes entire industries, there is a growing demand for more integrated digital solutions. More devices and more screens mean there are more interfaces to design. This demand is why UX design has become a critical part of product development—no matter the industry.

With such a relentless demand for skilled UX designers, there is little chance of an oversaturated market of available candidates. Simply put—there are too many jobs and not enough experienced designers to cover them all.

The demand for UX designers is steadily increasing. LinkedIn even ranked UX design as one of the top five in-demand skills, while Glassdoor added it to their list of best 50 jobs to have in 2022.

As a result, many are entering into a bidding war for candidates. As the competition grows, the salaries get higher, tipping the job market in every UX designers’ favor.

A UX designer has many different forms of salary leverage.

Relevant skills, personal brand, work ethic, and even the quality of a designer’s portfolio are factors that affect a UX designer’s salary. This is why the UX design community focuses heavily on perpetual improvement and upskilling—it determines a designer’s earning potential.

A UX designer’s salary is primarily influenced by their relevant skillset, and more importantly, any existing auxiliary skills.

Upskilling is a known characteristic of the design space. It’s why free UX design education channels like The Designership are consistently trending. In order to fulfill their role, designers need to be well-informed of industry updates and new techniques.

Auxiliary skills include a deep understanding of business methods, customer service, and even technical skills such as coding and graphic design. A designer who places value on developing their skills will not only, by proxy, improve their own designs but also leverage them to charge higher prices.

Along with an impressive CV, a deciding factor for potential employees will be a well-curated portfolio. A portfolio does not necessarily need to boast global companies or large-scale projects to stand out. Instead, a more specific, niche-oriented portfolio will help higher salary negotiations.

For example, a pharmaceutical brand will be willing to raise its allocated budget for a UX designer whose portfolio shows experience working within the medical field. A designer who can understand the legal boundaries of medicine will outshine someone who has designed for Nike or Adidas.

By adjusting or targeting your portfolio to suit the role, you can help leverage a higher salary as a UX designer.

As with a designer’s expertise within the UX/UI design field, seniority is another huge influencer on a UX designer’s salary, albeit the easiest way to increase wage.

As designers gain experience within the field, they inevitably take on more responsibilities and projects, leading to a more significant impact on a business.

The more senior you are, the more you can manage and lead.

Businesses favor UX designers with higher seniority, resulting in a higher profit margin. The more capable a UX design lead is, the more profits the company can earn. The higher the profit margin, the more justifiable a pay rise is.

To understand the expected salary for a UX designer, it needs to be examined within the context of the cost of living. Different countries and cities worldwide carry varied costs of living, and consequently, pay higher salaries.

The cost of living reflects salary, with higher wages awarded to those living in more expensive cities such as in the United States, Australia, and the United Kingdom. For example, salary levels must reflect this if expenses are higher in a city, such as New York City.

This means that salaries will vary significantly depending on the business’s country. A country with a higher cost of living will have an adjusted cost compared to a lower one.

Consequently, a remote designer from another city whom a San Francisco-based company employs could achieve the same paycheck without the high cost of living.

What’s the average salary of a UX designer?

The reported average salary for a UX designer varies, with the discrepancy between entry-level to senior sometimes reaching double or triple amounts.

In Australia, according to Seek the average annual salary for a UX designer over 2021 and 2022 is $110K AUD, with a low of $90k and a high of $130k. This figure is mirrored by Talent.com, reporting an average annual salary of around $108K AUD. However, their research shows entry-level positions starting at $103K AUD.

In the United States, Glassdoor places the average base salary at $85 USD per year with a full range from $69K–$114K USD. However, as discussed, San Francisco shows a higher than average pay.

In addition to these blurred boundaries, some data collection becomes muddles as the role of a UX designer can be referred to by a variety of different names (user experience, experience designer, etc.).

Now, more than ever, companies and businesses globally are choosing to hire remote UX/UI designers. Upwork has predicted that given current trends, by 2028 an estimated 73% of all professional teams will have remote workers.

Interestingly, a study by Owl Labs found that small businesses and companies are twice as likely to hire fully remote team members. Many of these small businesses are looking to hire for short projects, giving remote UX/UI designers even more opportunities without long-term commitments.

As discussed, a UX/UI designer’s salary is influenced by employer location and the designers’ experience.

For mid-level remote UX/UI design jobs in the United States, job payments range from $1K USD per week to upwards of $134,000 USD for highly experienced or senior designers. A brief search of remote UX design jobs on LinkedIn reveals a staggering 8.5K jobs currently being advertised.

What pays more: UX or UI?

How long is a piece of string?

There are a few contributing factors in terms of the salary gap between UX and UI.

However, this does not mean that one career is better or guaranteed higher pay than the other. The truth is that a highly skilled UI designer will be able to charge more than a below-average UX designer. The earning potential for both UX and UI is dependent on the individual.

UX designers should intentionally acquire UI design skills to garner a higher salary. Most companies will recognize the financial benefit of having one employee covering UX and UI needs. At The Designership, we actively encourage all designers to learn basic skills in all design-related areas, such as UI design, regardless of job title.

Getting paid more as a UX designer

UX design is a career much like any other. The more experience and skills a UX designer has, the higher they can negotiate their salary. It deviates from other professions in that UX design requires constant and consistent upskilling.

Two designers may have similar design experiences, but the designer with a broader range of skills or a more tailored portfolio can charge more than the other. For a full breakdown of critical skills a UX designer should have, continue to this article to find out more.

Aspiring designers are encouraged to enrol in paid courses which ensures a more comprehensive design education. However, it’s critical to consider if the course includes real-world content and application.

The Designership’s Figma Masterclass is renowned for its in-depth curriculum and focuses on preparing a designer to be career-ready with Figma.

Ultimately, a UX designer’s salary is determined by their role and responsibilities. A designer with a proactive approach to upskilling and achieving better designs will be in higher demand. This leverage can help you charge higher prices for what you do well.

Are you new to the UX/UI design world? Discover the complete list of skills that every entry-level UX Designer needs.

Read and learn more from our exclusive blog content. 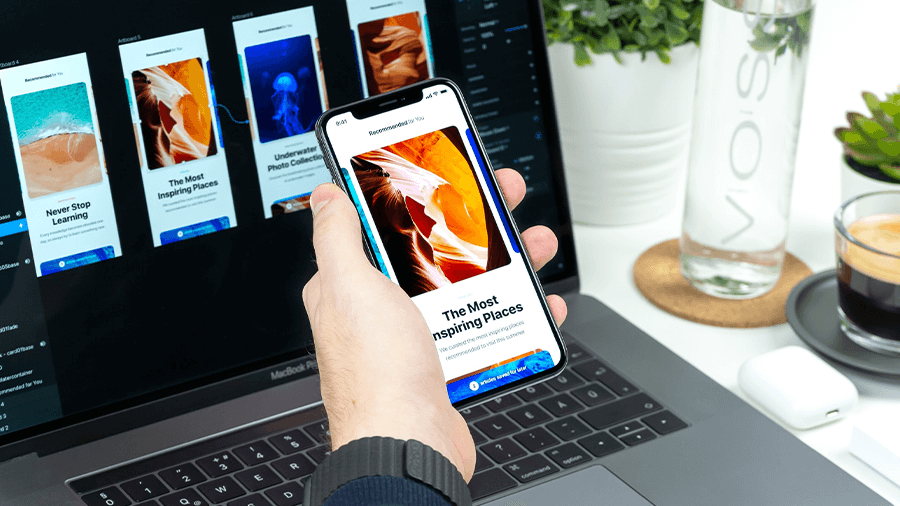 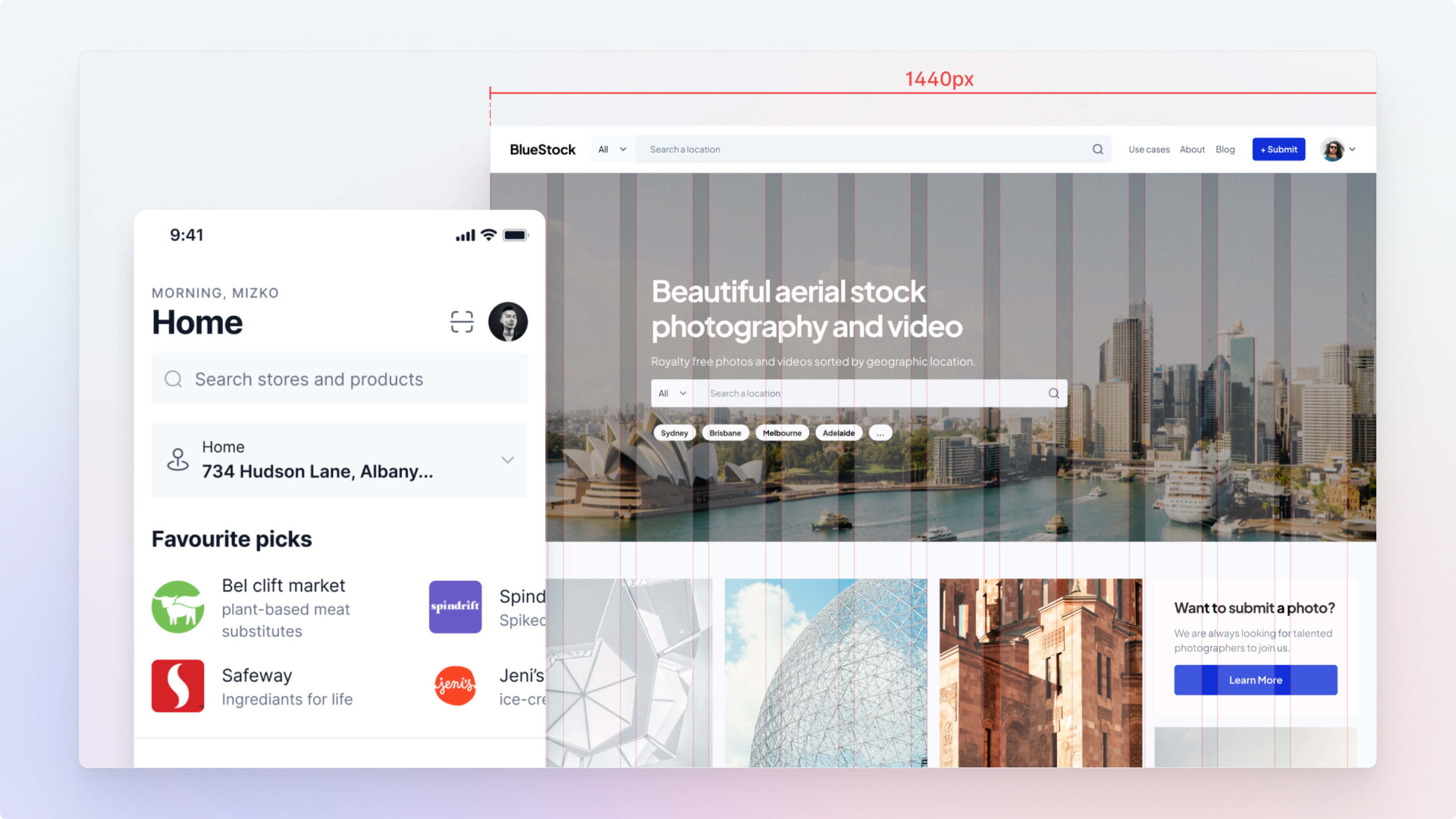 How do the latest Figma updates impact the Ultimate Figma Masterclass? (May 2022) 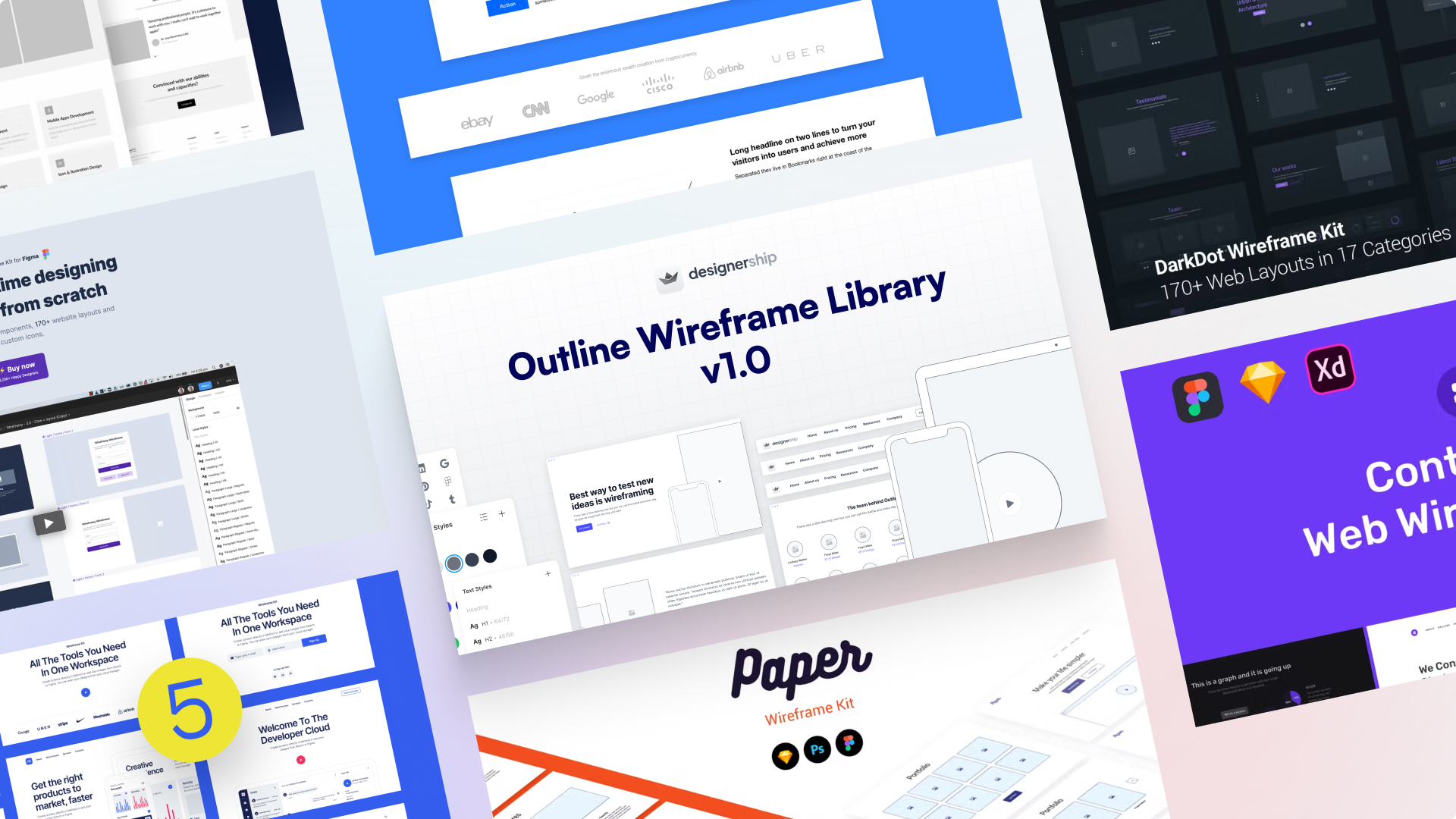 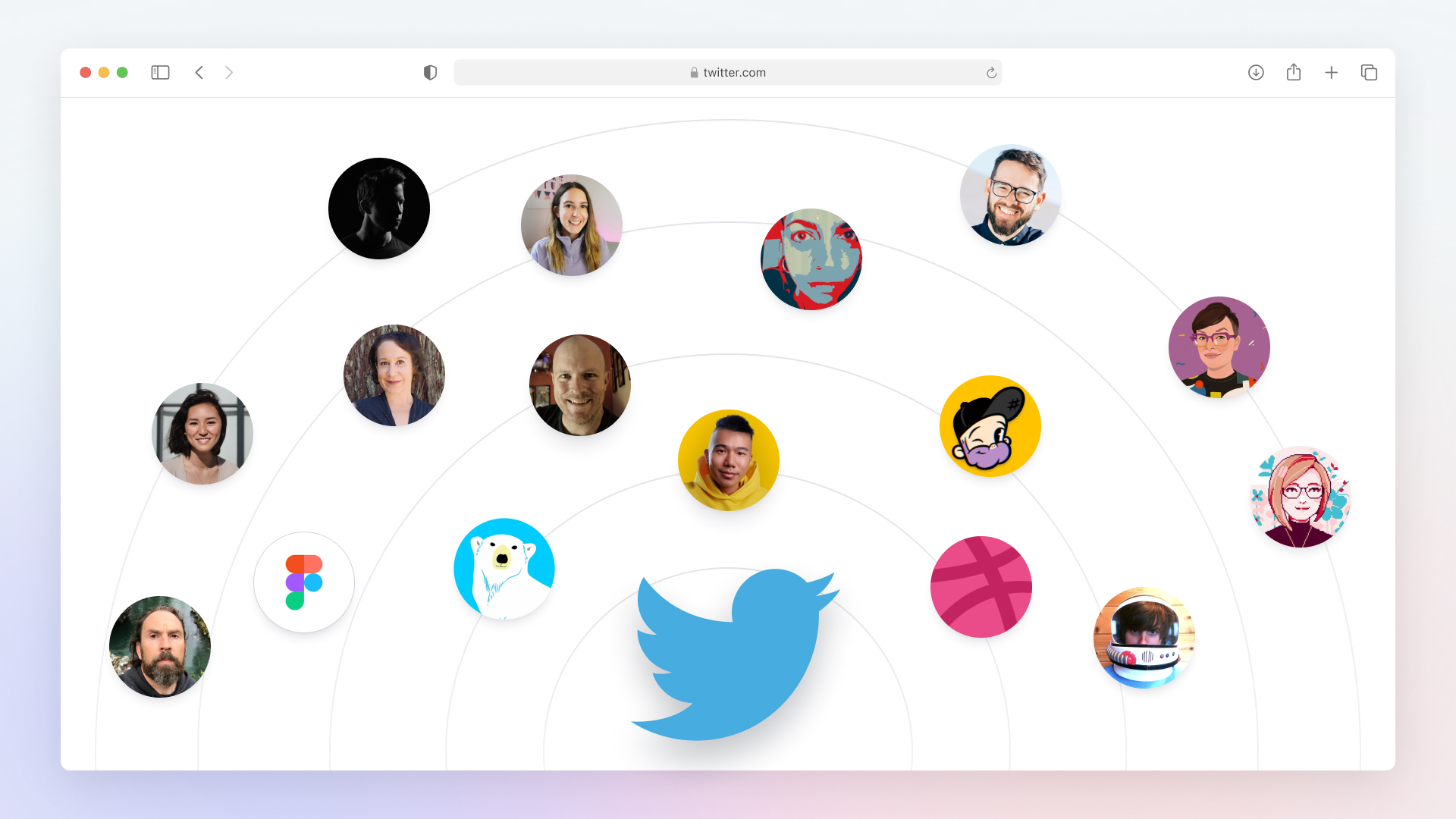